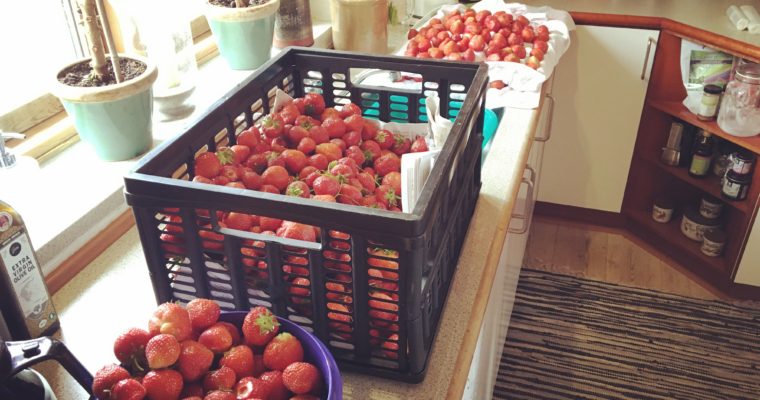 We’ve been out picking spray free strawberries for the freezer. At the same time it’s an activity that involves lots of nutritious movement. All the squatting and kneeling is great for a pregnant lady like me Opposite chair and couch sitting, it facilitates and encourages […] 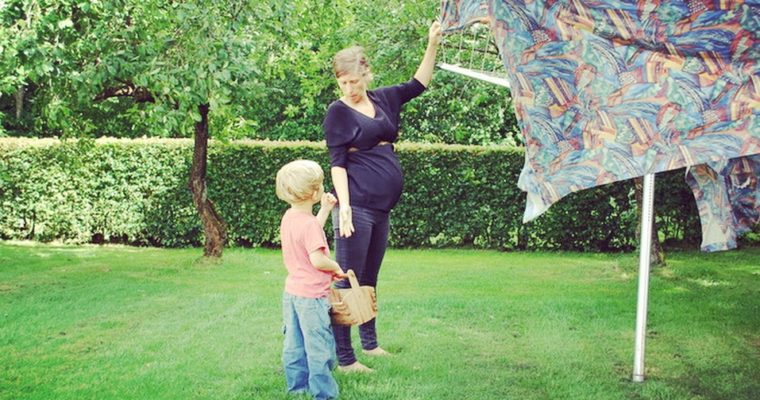 I’m over half way in my second pregnancy (29 weeks). It’s going really well. So far not much has changed. My everyday routine and lifestyle is the same as before I was pregnant. I can still move around fairly easily and there are no complications […]

READY FOR A LITTLE OUTING

Bringing your own snacks is a great way to reduce packaging and avoid processed foods when going out.

I find it very helpful to bring our own snacks to offer our four year old. We avoid buying packaged and processed snacks full of sugars.

I’ve also bought reusable bags and tubs to minimise plastics. Better for our health and the planet. 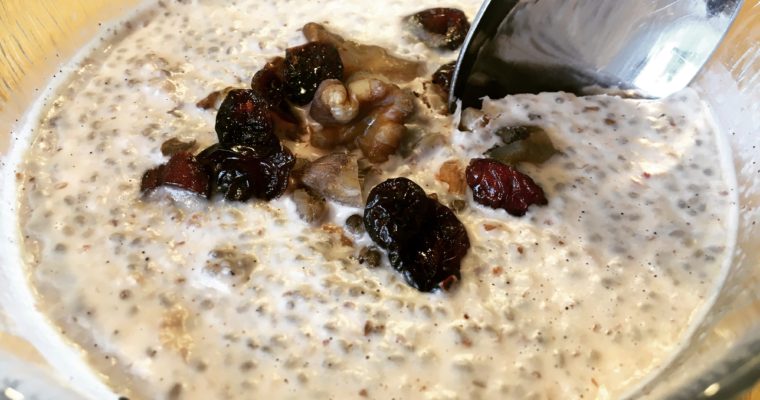 Do you find it hard to mix up breakfast as I do? This morning morning we had this cranberry chia pudding that I made last night. I haven’t made chia pudding for many months. I blended coconut milk (I make my coconut milk from coconut […] 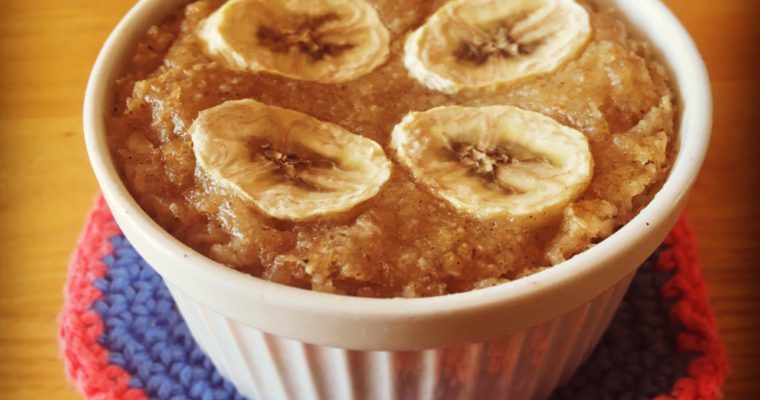 I’ve said before that I sometimes make gluten free oatmeal. However, I always add hydrolysed gelatin powder (also called collagen powder) and coconut oil or butter. This way my oatmeal becomes more than just a carbohydrate rich meal. I explain more why in this post where I […] 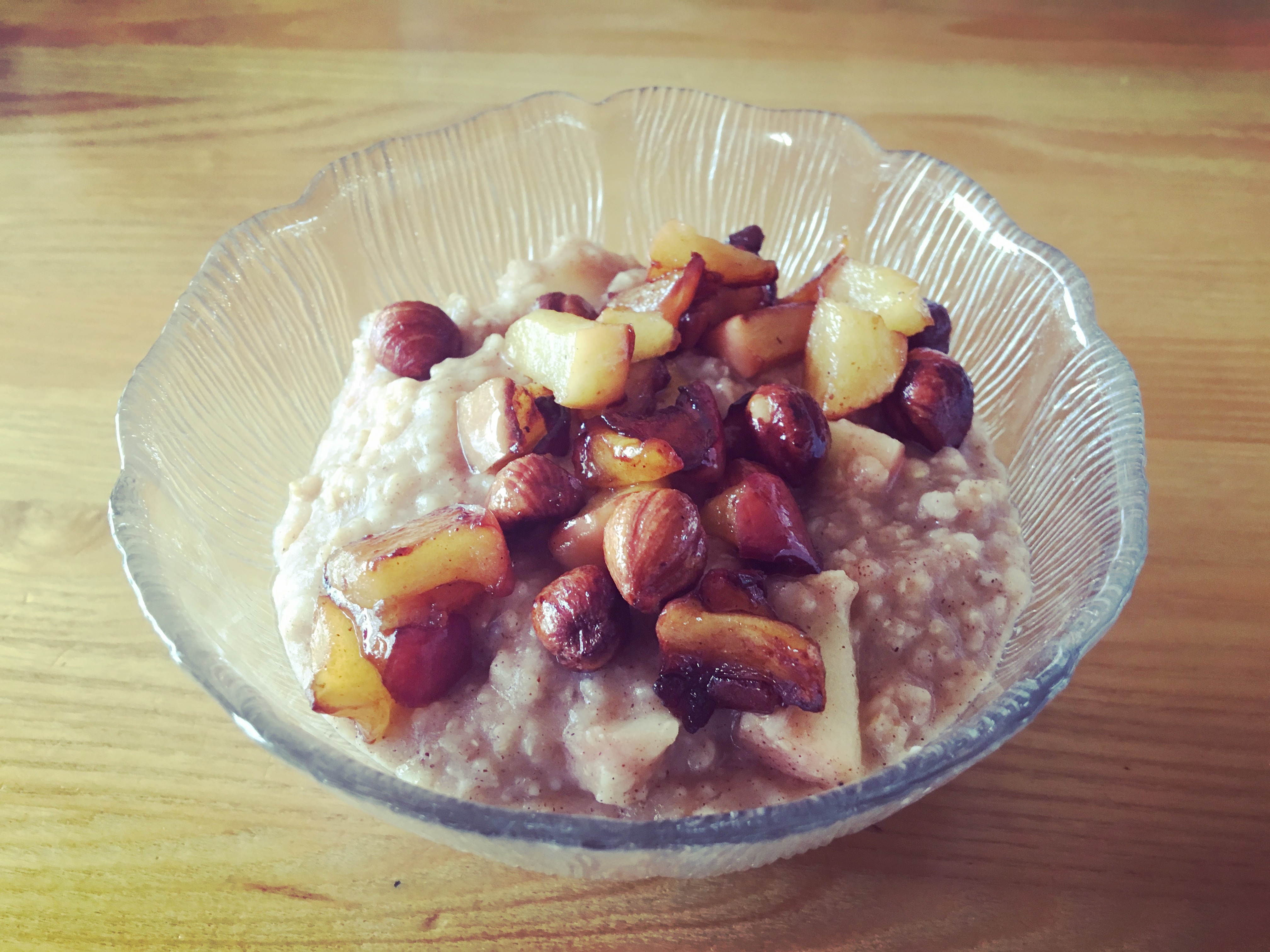 I’ll sometime make gluten free oatmeal but I always add hydrolysed gelatin powder (also called collagen powder) and coconut oil or butter. This way my oatmeal becomes more than just a carbohydrate rich meal. The gelatin/collagen increases your dietary protein and essential amino acids. Amino acids such as glycine, lysine and proline supports the body’s ability to grow muscle mass and maintain healthy bones, joints and skin. The coconut oil or butter increases your dietary fat intake of healthy fats. If you don’t have gelatin or collagen powder, you can add psyllium husk instead which will increase your dietary intake of fiber.

A little natural sweetener (to taste)

In a small saucepan, combine oats, diced apples, apple sauce, water, non-dairy milk, cinnamon, nutmeg, gelatin powder and coconut oil or butter. I let it soak in the fridge over night. Simmer until liquid has absorbed into the oats, stirring frequently to prevent burning, for about 8-10 minutes. Add more water and your natural sweetener if needed.

Meanwhile, in a separate small saucepan, melt the coconut oil or butter over medium heat. Add the diced apple chunks and little natural sweetener of your choice. Cook for a few minutes, stirring occasionally, until the sweetener has melted and formed a caramel-like sauce on the apples. Stir in the nuts.

Serve the oatmeal immediately, topped with the caramelised apples. Enjoy!

I’ve altered the recipe from this recipe http://www.bakerita.com/apple-cinnamon-oatmeal/ 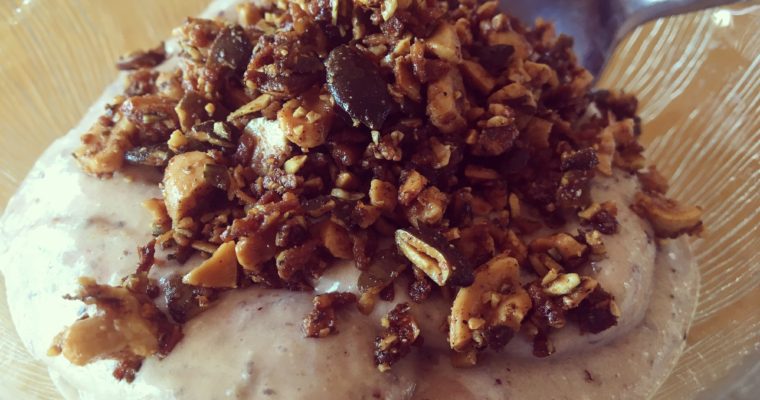 This morning I added homegrown black currants from the freezer to my smoothie bowl I was making. I topped it with homemade grain free granola. Delicious and a great boost of vitamin C. The smoothie bowl also contains avocado, banana, collagen protein powder, green powder, […] 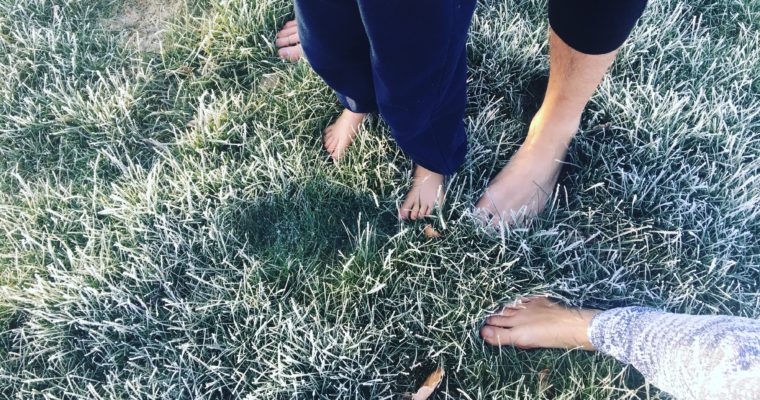 This has been a little morning ritual the last months. It’s a great way to wake up and to get grounded. It feels a little wild and crazy 😜 We get a better feel for the weather and what the birds, Icelandic horses and other […] 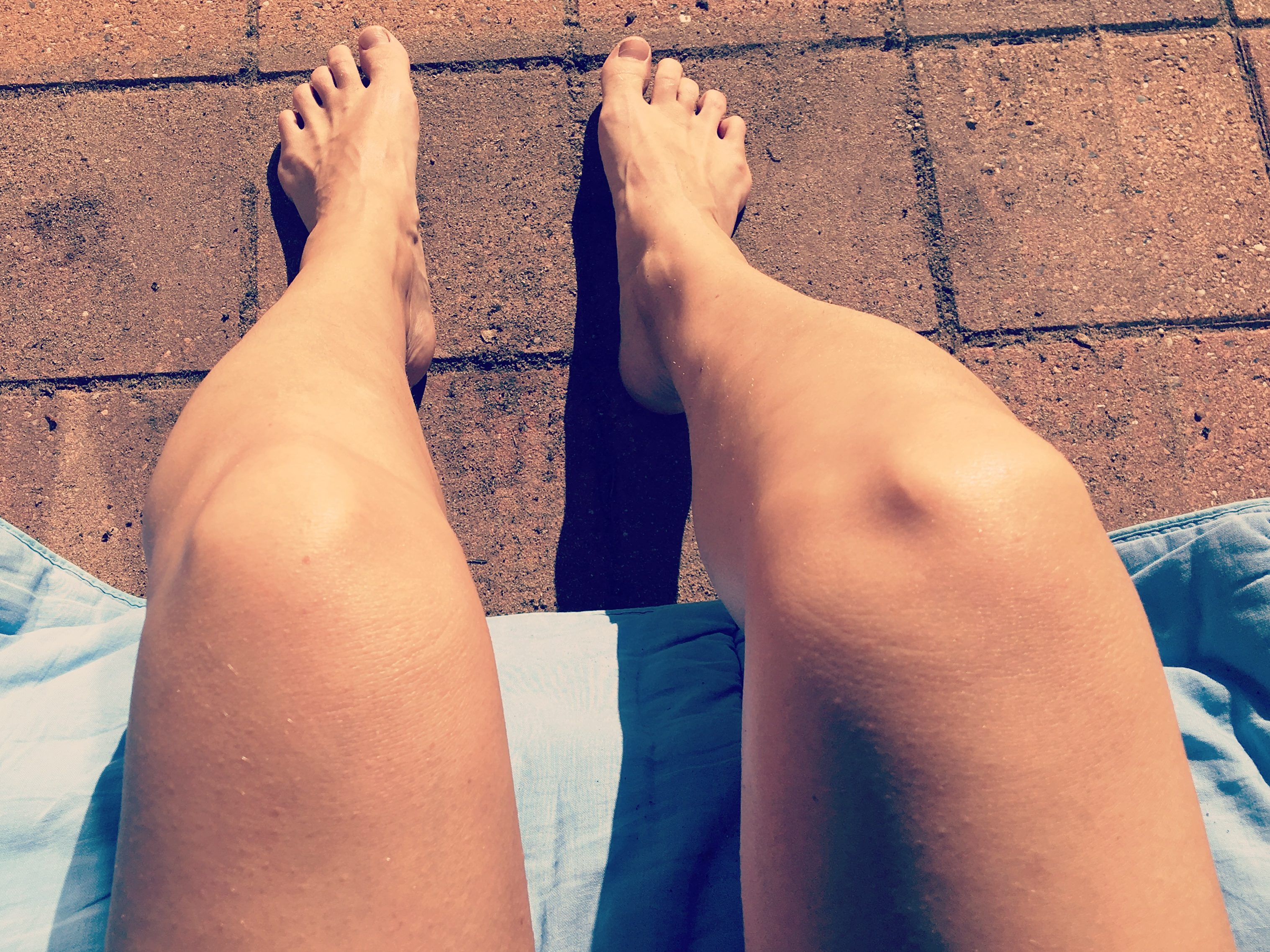 Spring has just started. It’s a beautiful sunny day so I expose my skin to the sun for the first time this year. I want to start early so my skin can build up its tolerance (pigmentation) for these vitamin D3 rich rays of goodness coming form the sun.

Vitamin D3 is formed in the skin in response to exposure to sunlight. However vitamin D is actually not a vitamin but a steroidal hormone precursor. On top of that vitamin D3 from the sun is water-soluble in contrast to the fat-soluble vitamin D3 in fatty fish and supplements. In a water soluble form, vitamin D3 is far more absorbable than in a fat-soluble form as it moves freely into the bloodstream.

Vitamin D is responsible for many body functions and for halting disease processes. Also, vitamin D (along with vitamin K2) is essential for proper absorption of calcium and other minerals into the bones and teeth. It promotes efficient neuromuscular functioning and plays a role in anti-inflammatory processes. Nardine Artimis from Living Libations has a great article on why the sun and vitamin D are so important.

The most natural and effective form of vitamin D is the type that we synthesize when our skin is exposed to the sun. BUT remember that is has to be without sunscreen. Nardine also writes, that the best time of day to get out in the sun for making vitamin D is mid-morning to noon. At this time, you only need 10 to 15 minutes to make a day’s supply of vitamin D.

The fear of the sun is currently very high, almost extreme if you ask me. It doesn’t make sense that something (like the sun) is harmful to humans only and not the animals and plants in nature. Think about how much life the sun brings with it in spring. There must be something else in our modern lifestyle that contributes to the bad rap that the sun has gotten in recent times.

Nardine explains that the sun protection factor from synthetic ingredients in sunscreens may also give us a false sense of security. They disable our skin’s early warning protection system against imprudent lengths of time out in the sun: burns. UV-B rays –- the rays blocked by sunscreens – are what cause sunburn. Yet, the current thought is that UV-A is the cancer culprit. By blocking UV-B rays, sunscreen tricks us into over exposing ourselves to UV-A rays. Glass also blocks UV-B rays! Think about how much time we spend behind glass in our home, at work and in the car. It certainly gives me food for thought about our relationship with the sun in modern times.

Of course we might also have altered the thickness of the ozone layer in the atmosphere and increased our exposure to UV light. This is why you more than ever need the natural warning sign that you’ve had enough sun exposure when your skin starts to turn slightly red. You then know when to get out of full sun exposure and into the shade.

This is how I see it. Humans have lived under the sun for millions of years. This is how we’re designed. If you’ve a light tone skin as me and were outdoors all day like our ancestors, we would build up our pigmentation starting in spring and slowly accustom our skin to handle the sun during summer. Also, my skin type isn’t accustomed to the sunlight in the tropics and vice versa.

A rainbow diet, foods rich in pigment, will also help you protect you as they’re high in antioxidants.

I use doTERRA essential oils because they’re food and therapeutic grade essential oils and the plants are grown in a region in which they’re indigenous and grown naturally for thousands of years, within nutritive soil conditions, air quality, weather/moisture etc. These conditions as well as the extraction process are reflected in the quality of the essential oils.

You can order doTERRA essential oils HERE and they’ll be sent directly to you. Or even better, if you want to buy the oils at wholesale price (25% of retail price), you can enroll with your own account. There is no monthly order required, no contracts or lock in and it can be cancelled any time.

Get out and enjoy the sun when you get the change during the spring months! 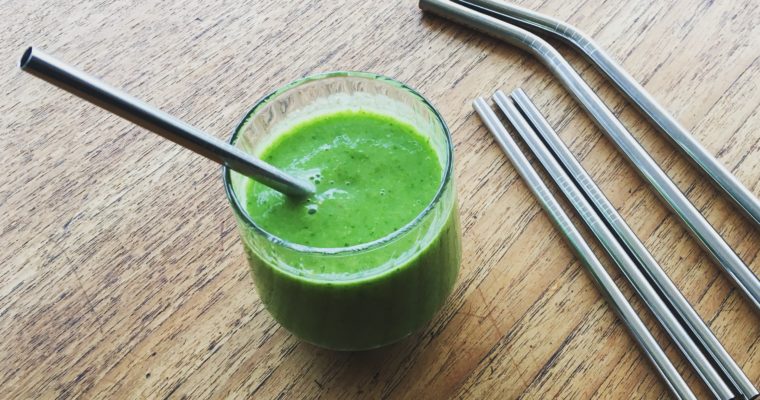 This is my newest addition of reusable and plastic-free straws. I’ve used stainless steel straws for a while but the long one doesn’t fit a kids size glass. These stainless steel short straws from Eco-Straw are a perfect match for my son’s smoothie glass They’re […]